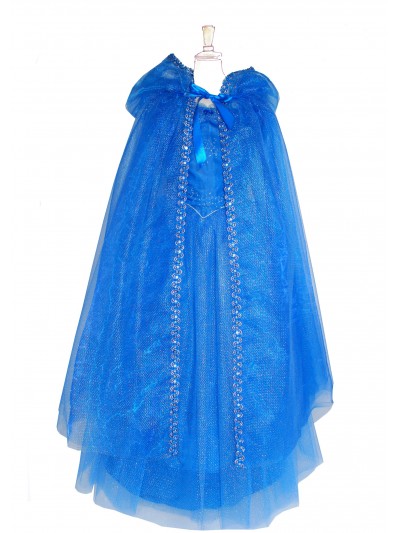 Indigo tulle cloak with large hood lined with blue organza and edged by a precious blue and silver lace.

Once upon a time there lived an unhappy young girl named Cinderella. Her mother had passed away and her father remarried a widow with two daughters. In spite of their wickedness, Cinderella wanted to go to the ball that was being held at the palace. Her fairy godmother appeared and smiled to her.

With a flick of her magic wand, Cinderella found herself wearing the most beautiful dress she had ever seen : as shiny as the stars, as light as butterfly wings, and as blue as the ocean. How could Prince Charming resist her beauty?